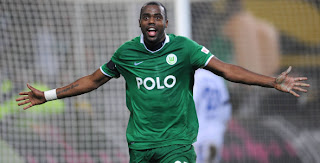 Copa Sudamericana, Why Watch IT? 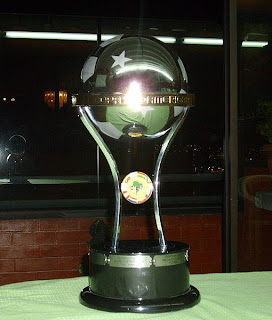 There is a big difference between Copa Sudamericana and Copa Libertadores, nothing new about that. Libertadores represents the glamour of total glory, does now, always will. Sudamericana used to represent the crumbles of glory left by Copa Lib's winners and the filling fútbol matter in an otherwise empty fall calendar... but you could argue that status is changing.

It will never achieve Libertadores status, but the truth is it is showcasing some very good teams worthy of international competition. It also gives teams we've never heard of before a chance to shine or burn in the spotlight.

It may all be part of a marketing strategy, but it makes for compelling television watching. Bulked scores have been exploding everywhere, a 9-0 this week in Uruguay, a 5-0 the next in Ecuador. That is not necessarily good, the first stages are clearly a little crazy in that sense and can lead to boredom -that is if a 9 nil doesn't entertain you-, but as the tournament progresses the great teams start showing their colors.

Copa Sudamericana came as a merging answer to different Copas that were really void of interest. With the solid sponsorship of Nissan it represents an economic achievement and why not, a little glory. It's silverware! Big teams want their shot, smaller newcomers want their shot at these big teams.

This year's Copa Sudamericana is offering interesting headlines. The little detail that it awards the winner a Copa Libertadores bid is surely spicing things up. Proper motivation will only elevate the competition.

After yesterday's matches we've reached the round of 16. 4 brazilian teams, 3 argentineans, 2 uruguayan, 2 colombian, 2 ecuadorian, 2 bolivian and one chilean have made it this far. Guess who lurks around... defending Champions and back to back Recopa winners winners Liga de Quito

Chile's biggest teams (U de Chile and Colo Colo) fell victims to a surge of Bolivian fútbol. Colombia's league leader Santa Fe is fighting for international recognition, things are interesting around the continent. Four of Argentina's six participating teams were of top level, two of the three that live on (Banfield and Newell's) are among the three most solid clubs in Argentina.

Different case in Brazil where this cup has historically been undermined. Of the 8 teams that qualified, the strongest being SantosFC, Grêmio, Palmerias and Atlético Mineiro, only two survived. Palmeiras, 9th in the Brasileirao and Atlético Mineiro, 18th and in relegation zone. The other two teams in the round of 16 are Goias, in -19th position and relegation- and Avai -16th position and 2 points from relegation-.

These numbers could explain why Argentina has won the Sudamericana four times while Brazil only one, but this is the result, in a big part, of timeframes. If you've heard the words of Marcos Lavieri in the South American Football Show you know that this is the time of year in which competing brazilian teams really start pushing for the championship, and that may have something to do with the numbers.

On the other hand a team like Avaí eliminated praised Santos FC and deserve their credit. Palmeiras overcame a 2-0 away deficit with a dramatic 3-0 victory. There is spice, even if the position on the table doesn't compel you to glue yourself to the TV.


There is much to watch now, it gets interesting. Remember, it's silverware, and good teams are always after a piece of it. 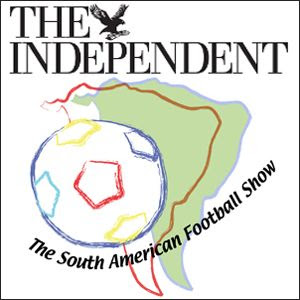 With six of South America's national teams drafting in new head coaches in recent months the show looks at how these gaffers are coping with the current international break. Tim and Ale are helped in their investigation by a clutch of the continent's top journos, new signings Eddie Fleischman of Peru and Diego Arcos of Ecuador join the old guard of Argentina's Gaby Franchini and Brazil's Marcos Lavieri.

href="http://www.independent.co.uk/sport/football/news-and-comment/free-download-the-south-american-football-show-2067783.html">
Posted by The Hosts at 12:05 No comments: 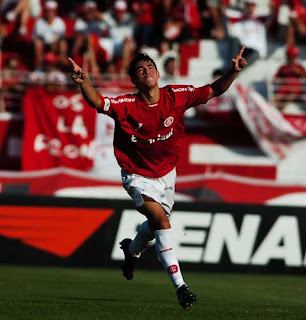 “We all hope he hits the ground running and adds to what we think is a good blend of youth and experience in our squad.”

This was the reaction to Javier “Chicharito” Hernández’s arrival at Old Trafford from Manchester United number two Mike Phelan. No doubt Chicharito had a late night last week watching his old team torn apart by another enviable blend of youth of experience.

Chivas de Guadalajara , Chicharito’s former employees, failed in their attempt to become the first Mexican winners of the Copa Libertadores at the hands of Internacional of Brazil.

Progressive management off the pitch in recent years has seen Inter’s fan membership scheme exceed 100,000, making them the most popular club in South America. Partnerships with supporters and businesses have helped put Inter on a sound financial footing but these revenue streams are small fry compared with their work in the transfer window.

Read the rest of the article on The Independent's website
Posted by The Hosts at 08:14 No comments: 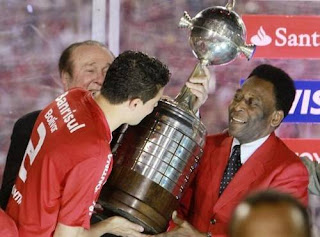 Brazil's Internacional fought off a spirited fight-back from Chivas de Guadalajara to win the 2010 Copa Libertadores.

After going down 2-1 in Mexico last week Chivas got themselves back on level terms in spectacular fashion. The visitors' dreams of leaving Brazil with the cup were then dashed by three second half strikes from Inter.

Read Tim's full match report in The Independent here
Posted by The Hosts at 03:45 No comments: 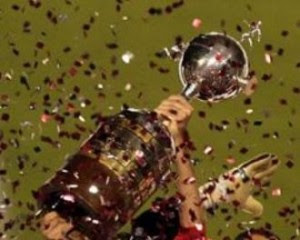 A record breaking 40 clubs entered this year’s Copa Libertadores, now we are left with just two. Realistically though there’s just one and a half teams still in it with Chivas de Guadalajara already 2-1 down to Internacional before tonight’s trip to Brazil.

Ahead of tonight’s second leg of the final let’s have a look at the vital statistics of the 2010 Copa Libertadores. Each of the 137 games leading up to this point has had its fair share of talking points. On the first day of the competition Chile’s Universidad Católica were beaten 3-2 in Colón de Santa Fe’s “Cementerio de los Elefantes”. Colón’s Brigadier General Estanislao López stadium has earned it’s “Elephant Cemetery” tag as a result of previous giant killings.

One stadium yet to grow its own history is Chivas’ newly opened Estadio Omnilife. The first competitive match in the freshly built stadium saw the Mexican outfit lose their home leg of the Copa Libertadores final to Internacional. Tonight Chivas are in Porto Alegre hoping to overturn the 2-1 deficit and become the first Mexican side to win the prestigious tournament.

Get yourself into the mixer

The Hosts
Alejandro PÉREZ has lived in Buenos Aires for a year now, sucked in by the passion for football that exudes from every corner of the city. He has a masters degree in journalism from Universidad de San Andrés and after not missing a kick of South Africa’s feast of football as part of the team at Argentinian television station Todo Noticias (TN) he is ready to hit the airwaves. Twenty plus years of suffering at the hands of his beloved Millonarios of Bogotá have only served to strengthen his love of the game. Who better to cover football in South American, warts and all? Tim STURTRIDGE is back in Buenos Aires after covering the recent World Cup in South Africa for The Sun and The Independent plus contributing to the BBC World Service. Tim pitched up in Argentina two years ago and wasted no time in picking out Huracán as the club to share his existing allegiance to Exeter City. A journalism graduate from UCLAN, he now covers politics and sport in South America for The Independent as well as writing the English language website of Conmebol.com among other projects.